In this article, we’ll cover the main functions to conduct a statistical analysis. I’m working on a sample data set that describes the salaries of employees depending on several features.

The file I’m working on comes with a small description DES. The description of the data is the following.

The first step is to load the data set in our path :

Then, we’ll plot a histogram of hourly salaries : 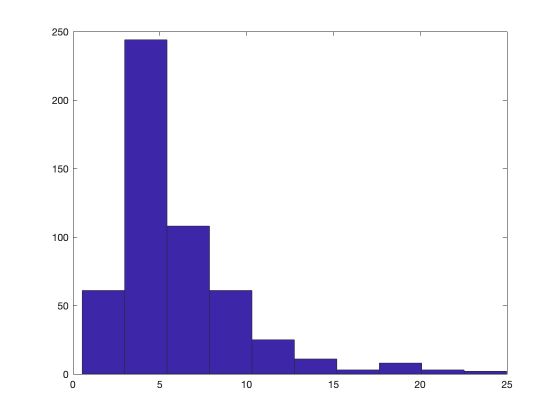 Now, let’s plot the histogram for the number of years of education. 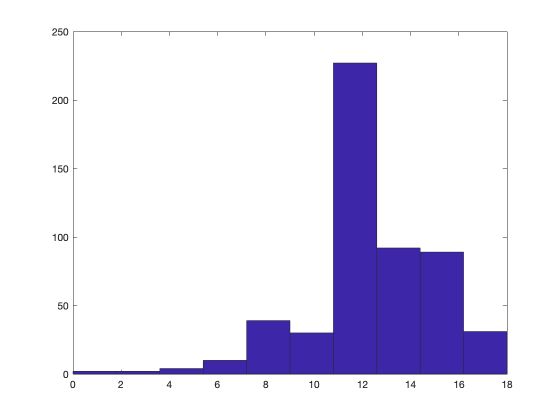 We can take a look at the mean of each feature :

We can also take a look at other descriptive statistics :

We now want to assess the effect of columns 2, 3 and 4 (education, experience, years with current employer) on the salary.

We can compute the Beta coefficients and the residuals :

The coefficients are the following :

The first coefficient is constant. Then, the model indicates that an additional year of education should increase the hourly salary by 0.60$.

Effect of each feature individually 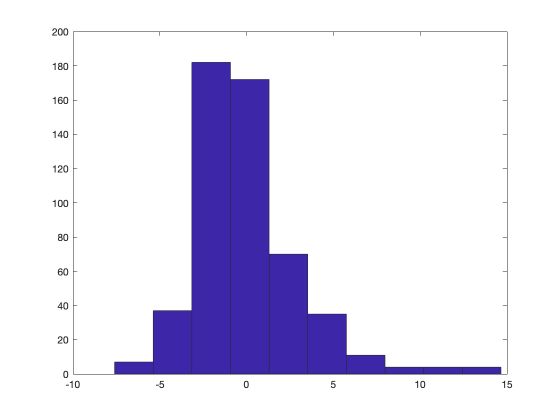 We can decide to remove outliers above 5 for example :

Are the coefficients significant?

To assess the significance of each estimator, we need to estimate their standard deviation.

Then, we can easily compute the test statistic :

What should we compare the test statistics? Well, to the critical value! For example, since we estimate 4 parameters, the 95% critical value is :

The T-stats are all greater than the critical value. For this reason, we reject the hypothesis \(H_0\) that the variables have no impact on the output.

Effect of a single feature

If we are interested in the effect of a single feature, we can specify a value for its effect for example.

Effect of each feature on log(wage)

Testing the effect of the features on the log(wage) is a way to assess their importance in terms of the percentage change.

Test is 2 features have the same effect

Now, let’s test the following hypothesis: the effect of education is the same as the effect of professional experience. This can be rewritten as : \(H_0 : \beta_2 = \beta_3\) . However, estimating the variance of \(\beta_2 - \beta_3\) to build the test hypothesis would be challenging. We can apply a simple trick by building a new feature as the sum of the 2 features to test.

First of all, append the new feature to the model :

This introduces some multicolinearity which we should control by removing \(X_3\) :

The T-test is smaller than the critical value. For this reason, we cannot reject the hypothesis that the effect in the percentage of education is the same as the one of professional experience.

The Fisher F-Stat is defined as :

Where K is the number of variables included in the non-constrained model (4 here).

The base case is a single male. We can define test statistics on those variables as we did above.

**Conclusion **: This was a quick introduction to Matlab. I hope you found it useful. Don’t hesitate to drop a comment if you have a question.