In September 2019, my girlfriend and I took part in a hackathon organized by the Grand Paris (GPSEO) region. It was our first hackathon, and we wanted to do something out of a long weekend in Paris.

The idea of this hackathon is to create new services to integrate to what GPSEO calls hubs. Hubs are just parking spots, near train and subway stations, with mobility services (parking, bike rental, EV station, car sharing). The aim of the hubs, that are outside of Paris, is to reduce the traffic in Paris and get faster to the city center by polluting less.

We went there with a friend of mine, Celine, and were joined by Sheba who was a solo participant.

We had to come up with a new service for these hubs quite quickly, since the hackathon only lasted 48 hours.

My girlfriend being in medicine, we though that offering medical consult on those parking could have some value. People could indeed come to these places, see a doctor, and take the train to work. And vice versa when they come back. It would limit the wait for doctors in the city center, and would drive some doctors to these hubs as we bring them a lot of customers.

We thought that having a small medical truck would be nice, since it would allow the doctor to move from one hub to another during the day. And it also bring a solution to the medical desert around Paris, since most villages lack doctors.

We also thought about recruiting doctors who work full time in the city center and offering them to work in the truck one day every two weeks for example. It’s a good way for them to meet new patients and work in the countryside from time to time.

We then started to work on the concept of the truck, found partners at Médecin Sans Frontières with relevant expertise on this task, did a survey on Medicine students and built a presentation. With Celine, we made a Flask web application with a booking procedure.

I also worked on a few shot learning classification algorithm. The person simply describes the problem he has, and we classify it as important or not. The training samples were simply hand-labeled by my girlfriend, and I used pre-trained word embedding to find the corresponding class.

We left quite early on Saturday night actually, around 8PM. Most teams were building advanced solutions, many data scientists took part in the contest.

The presentation went really well, Sheba is an amazing speaker. The jury did not have any question, and one of them even highlighted some advantages of our solution. 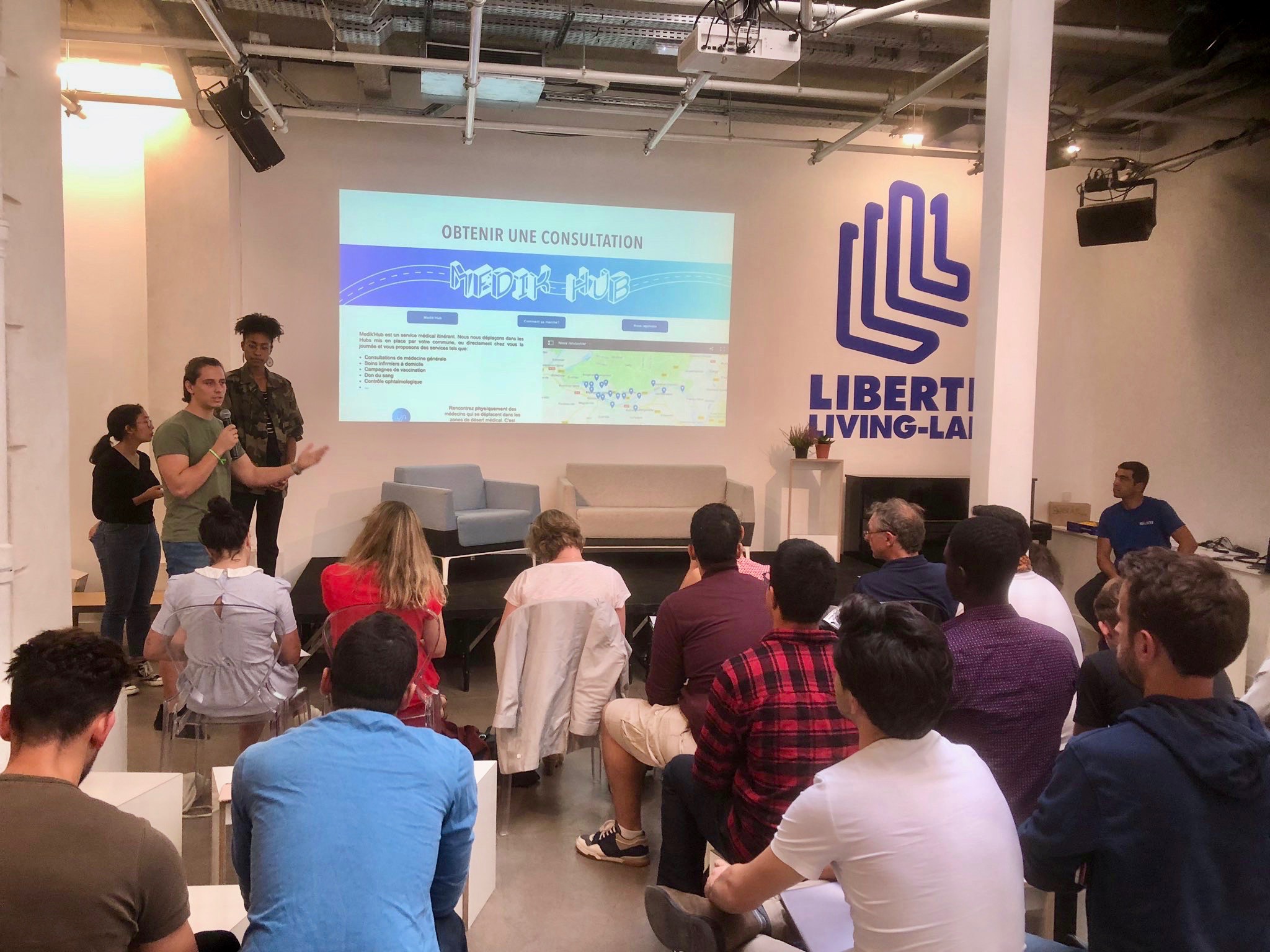 Most competitors built a concept of fresh fruits and vegetables pickup on the parking of the hubs when people come back from work. The concept is interesting, quite common but definitely useful !

It was now time for the prize. The jury took 30 minutes to deliberate. 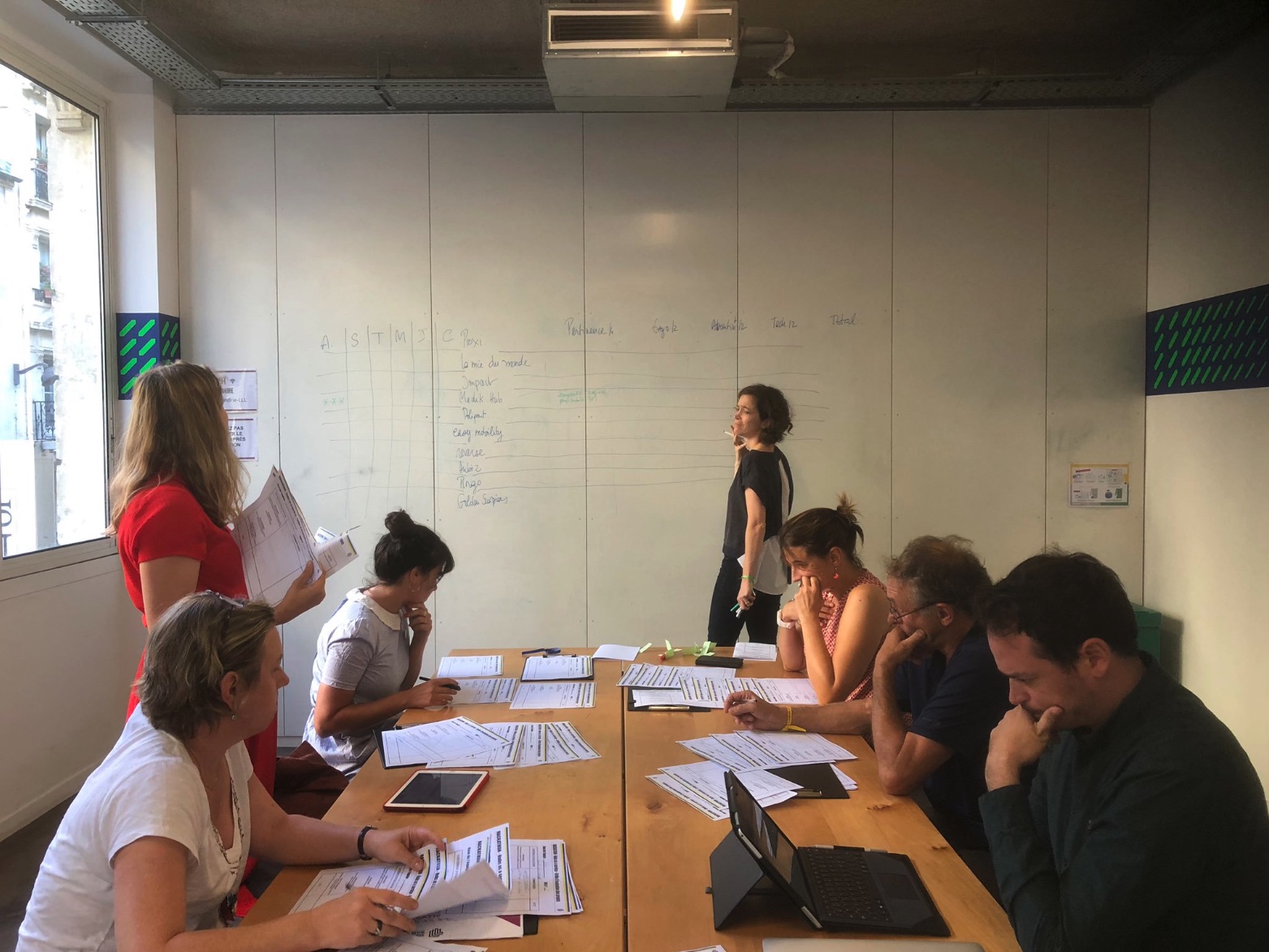 And…. we won ! The jury really liked our solution and offered us a 4 months incubation at the Liberté Living Lab as well as 5’000€. We were both surprised and really excited. 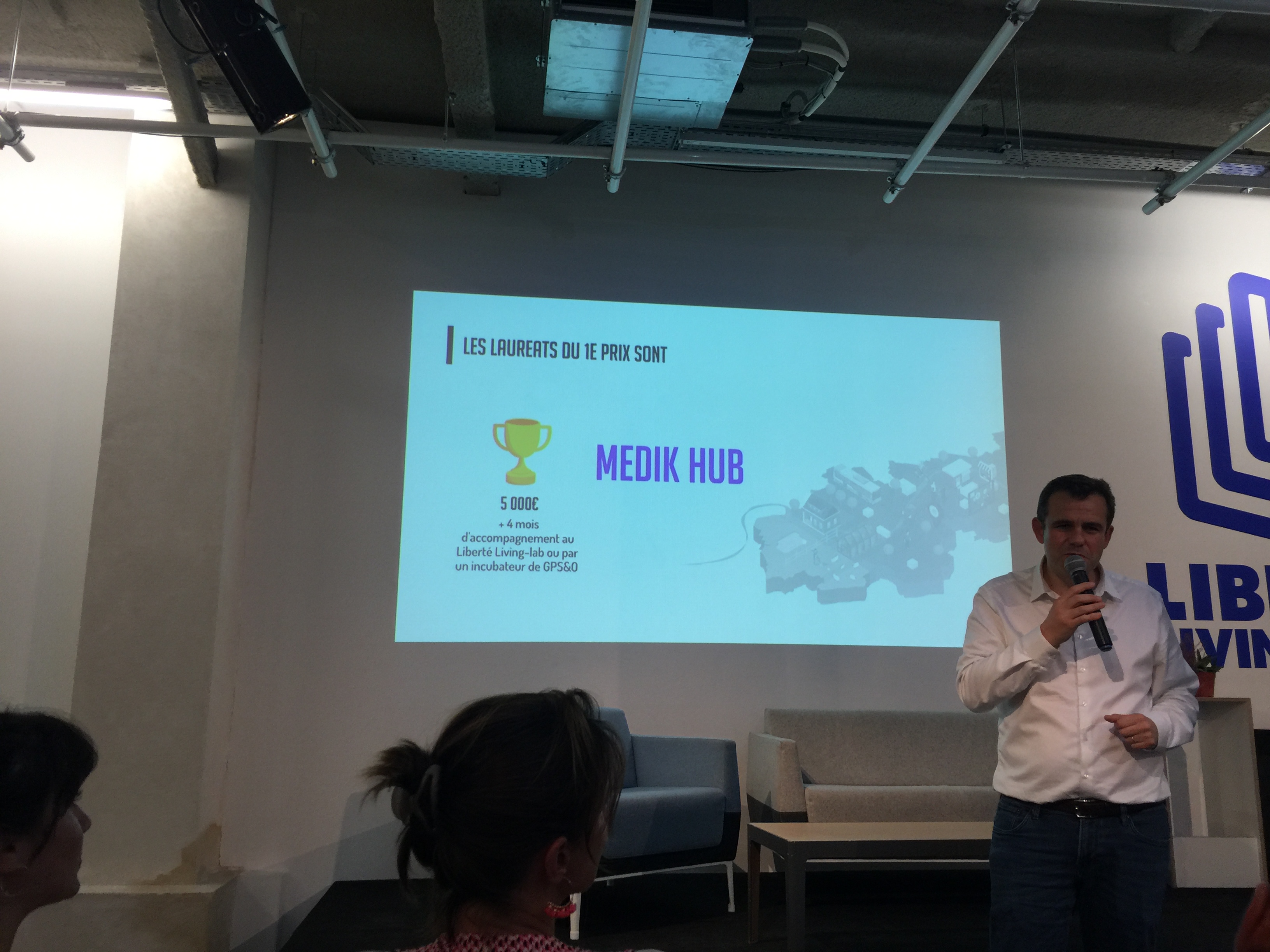 A few days later, we were invited to talk in front of citizens and representatives of target cities wheeler hubs were being built. Once again, our solution received a warm welcome and most people seemed really interested in the proposition value. 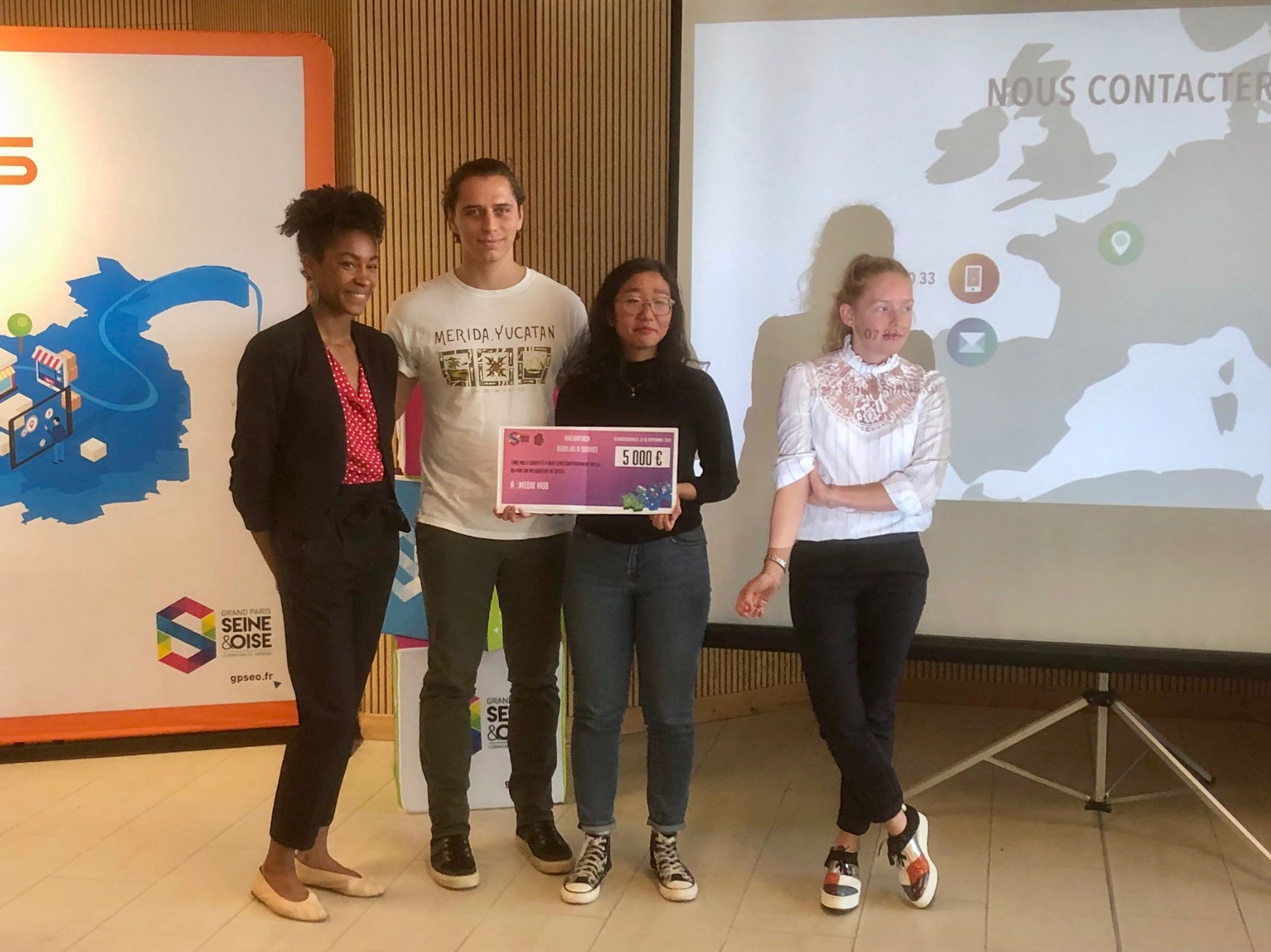 This is where we left the project. Eva and I started to travel and are now working on our PhDs, Sheba has a full time job and Celine is invested in another project. It’s however really interesting to see that you do not have to convince customers when the value you bring them solves a fundamental problem. We would need a lot of time to develop this project, as well as some funds, and the best status for the kind of project would rather be associative.

Being fully aligned with your co-founders is also really important and I personally don’t think that taking 15mn to meet someone before a hackathon makes a decent choice for co-founders. But we’ll do more hackathons in the future, that’s for sure !