Many of the low-resourced languages have:

There are several steps to manage and under-resources language:

We can use NN hidden layers to learn a multilingual representation, shared between languages, and add an output layer for monolingual language specific.

There are several ways to do this: 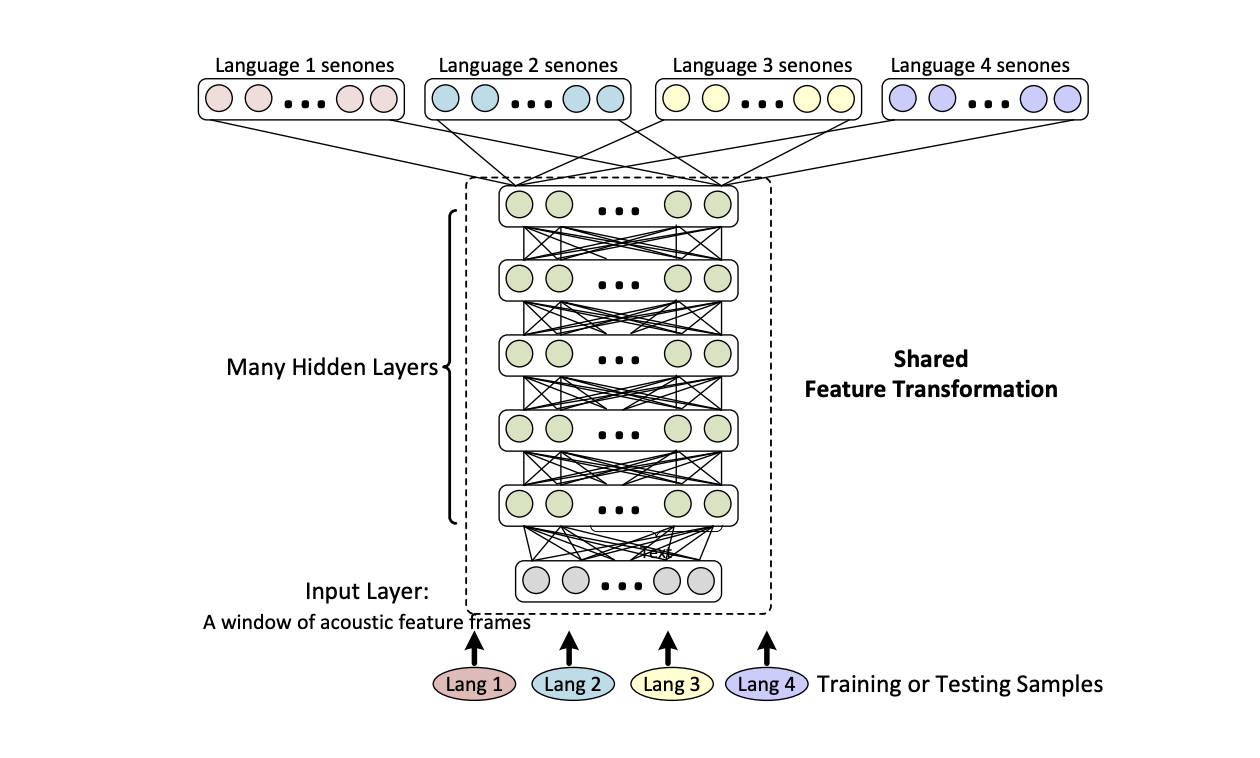 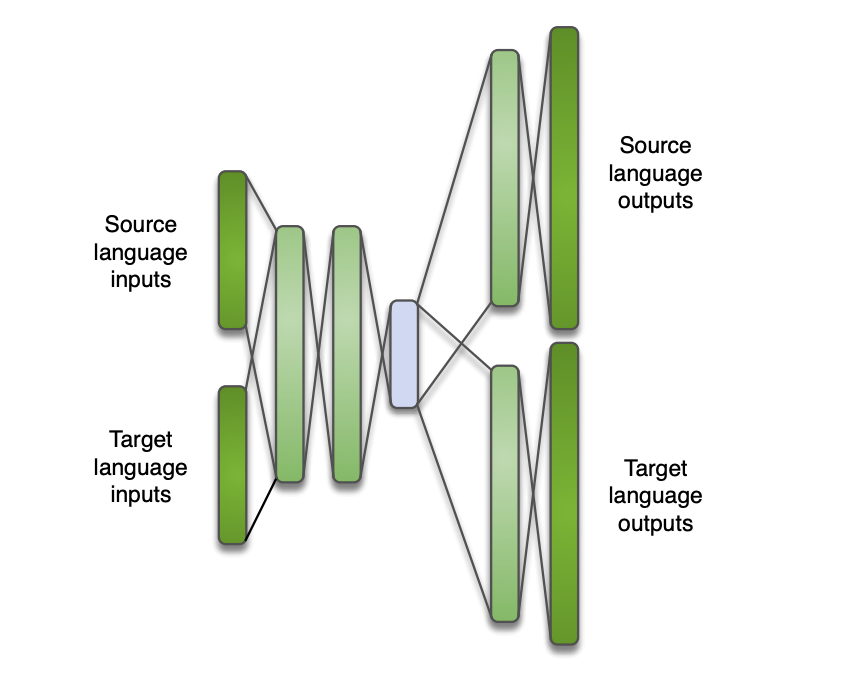 A way to overcome lacks of phone-based pronunciations is to use graphemes (letters) rather than phones. The only problem is that there is not always a direct link between graphemes and sounds, for example in English.

Many languages are harder than English, have larger vocabulary sizes, and:

We can therefore model at the morph level in order to reduce the Out-Of-Vocabulary rate (OOV).

Segmenting speech and text into morphs requires a lot of linguistic work. However, some automatic approaches try to cluster words (wuch as Morfessor) based on the frequency of sub-strings of letters in a word list. It may however require larger context.