I have recently been working on time-varying networks, i.e. networks for which we have timestamps of various interactions between the nodes. This is the case for social networks or criminal networks for example. When we analyze the centrality of the nodes of a graph, it gives us a snapshot at the exact moment of the structure of the graph.

However, these networks are time-varying by nature. They evolve, new interactions are being made, new nodes are created… And knowing which nodes are going to be central next month can be a key information in criminal investigations. For this reason, I wanted to spend some time and look at whether one can actually predict the central nodes in the future.

I am working on the Enron e-mail dataset, enriched by phone calls that I was able to match. I have overall 1264 events, each event being either an email or a phone call between 2 characters (or more). For each event, I create a row in the training dataset for each node. Overall, my final dataset is made of more than 50’000 rows. 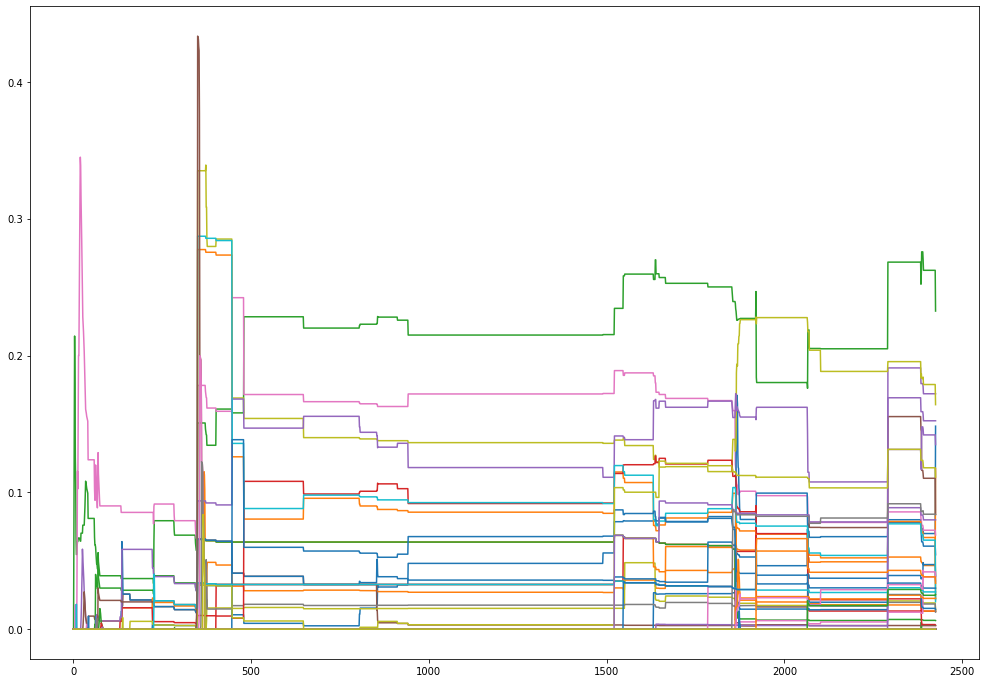 There seems to be some changes over time over in the order of the major nodes. There also seems to be some dates at which at lot of events were collected, typically because phone calls were not registered continuously.

I turned the node betweenness centrality score prediction into a supervised learning problem. My task will be to predict which node will be central in 1 month from now. This can be useful for police investigations since it does take time to plan when to arrest criminals for example.

To build my dataset, for each node, for each date, I am collecting:

In Python, I use NetworkX to implement this feature extraction.

I then build a column “is top 5” if the node is within the 5 nodes with the highest centrality at the given date. In order to add some additional features, I also append for each node the features at the 5 previous states, and create features that reflect the differences between each state.

Then, knowing the situation of the network in 1 month from now, I collect the 5 nodes with the highest centrality at that time, and create a column “will be top 5”. I must drop the last month of my dataset since it typically would be the period I would neeed to predict on in real life.

My dataset is now made of 48744 rows and 125 columns. To create my training and test sets, I must split in time the dataset, in order not to include information from the future. Since there is a class imbalance (is among the five nodes with the highest centrality, and all the other nodes), I chose the F1-score metric. I then compare:

Talking about the model, I chose an XGBoost with 250 estimators and a max-depth of 6. Since splitting at a random point in time would not be reliable enough, I chose to split to 50 different points in time (every 1000 rows), and plot the results below: 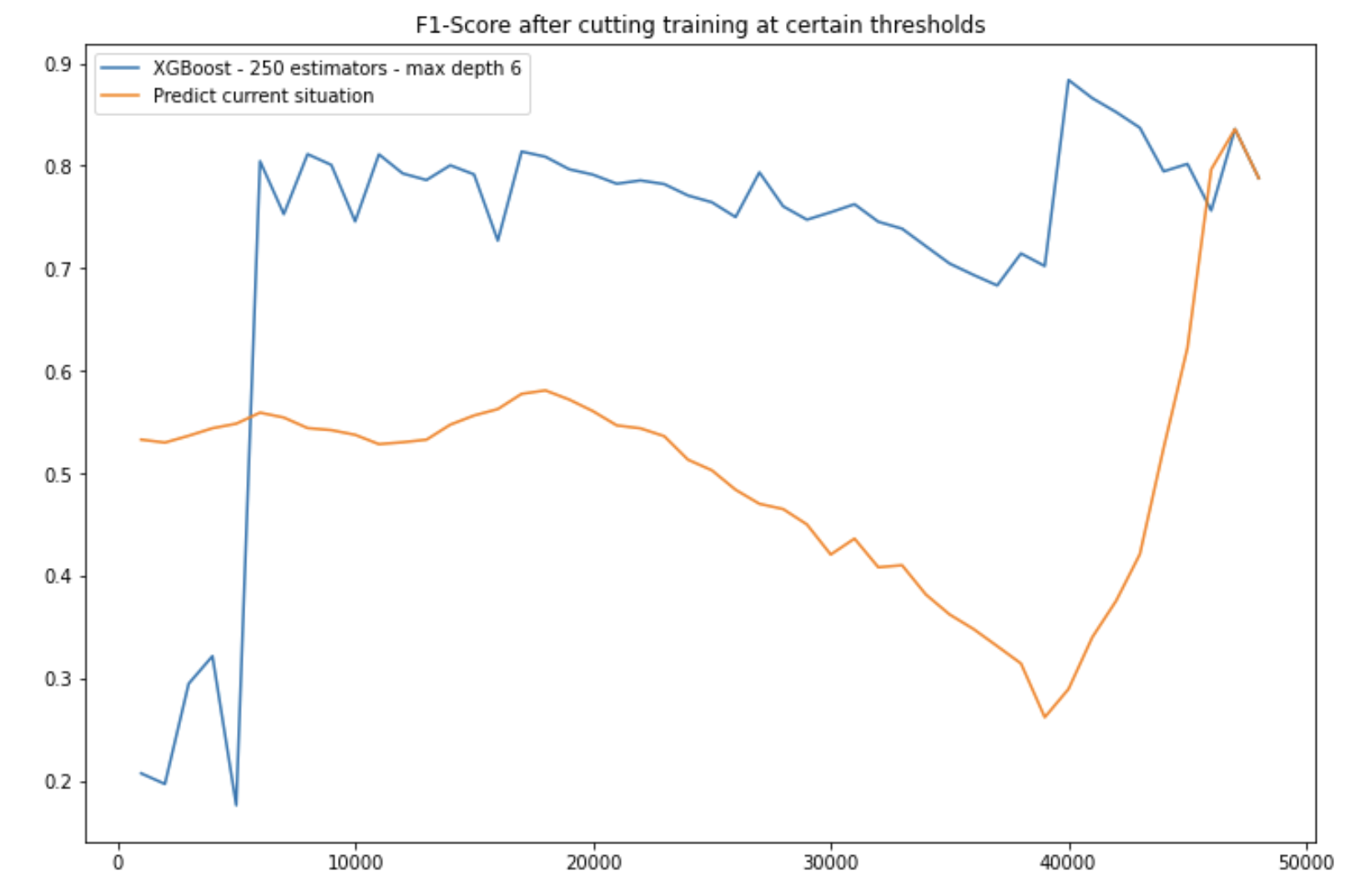 We can plot the feature importance of the XGBoost model: 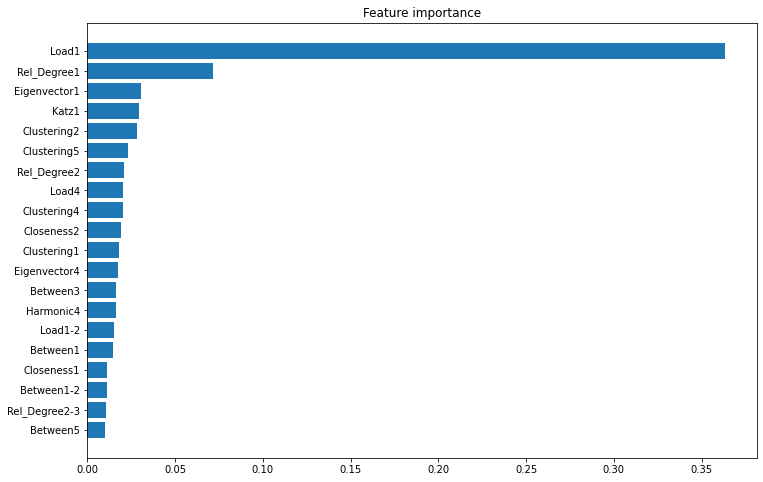 Overall, predicting the node centrality based on extracted features from the network in a supervised fashion seems to be feasible. The results seem ancouraging and may suggest that investigators in a criminal investigation could use such approach to predict the node centrality one month ahead and plan their surveillance programs accordingly.