The basis of Machine Learning

Machine learning (ML) has been a rising trend over the last years. ML includes a set of techniques that go beyond statistics. In this article, we’ll cover the most important concepts behind ML.

The improvement of the computation power and cloud computing have also allowed machine learning to become a standard that goes beyond statistical inference.

Suppose we are given a set of data points . These points might represent anything measurable you could think of (e.g humidity in the air, population density or even pixels of an image), and are the variables we will rely on. 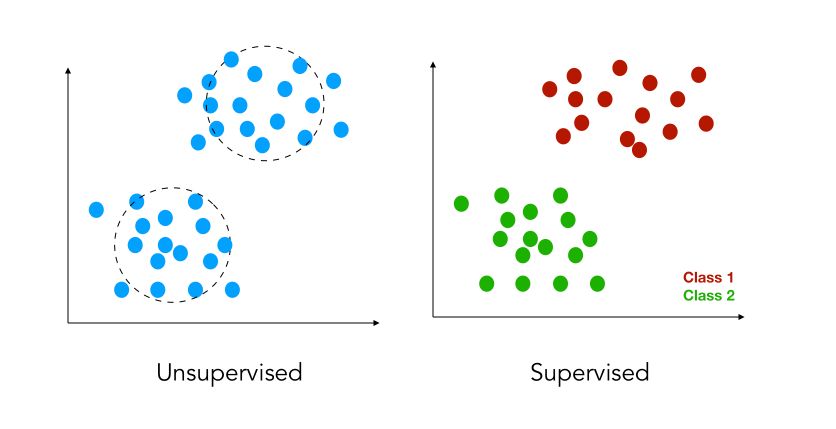 In supervised learning, there are two types of prediction problems you will be solving. Either trying to classify a new observation to the class it belongs to (classification), or trying to predict a continuous outcome (regression). For example :

Most of the time, to assess the efficiency of a classifier or a regressor, we split the data we have into a train and a test set. The idea is to train the model on the train set, and assess its efficiency on the test set. This allows us to prevent overfitting (i.e developing a model too complex that learns too much from the data we provide it).

There are two main categories of models :

We’ll consider a classification problem here. The aim of building a model is to be able to predict for a new observation the class it belongs to. If we had to define a metric for this, it would be the accuracy. We want to build a classifier that minimizes the number of miss-classified examples among our data. The loss of the model, i.e the error measure we can define, is the following :

An optimal classifier should meet the following criteria :

It can quite easily be shown that the solution to this problem is :

In practice, we have access to a limited number of observations. For such reason, we try to minimize the error on the test sample with the empirical risk minimization (ERM) :

Learning works if when tends to infinity, tends to . The theory of Vapnik-Chervonenkis offers guarantees for the prediction as long as the underlying model is not too complex.

How to assess the performance of a model?

Several metrics can be used to assess how well a model is performing.

For a classification problem, we first need to recall the following concepts :

Then, we can define :

Let’s define as the true value, and as the predicted y-value :

The most important metrics are :

A model reaching a high accuracy in the training part, and much lower accuracy. In such a case, we face an overfitting issue. This means that our model is in some sense learning too much from the train set and creating a model that might be too complex.

There is a tradeoff to make between the complexity of the model and the predictive power. It can be expressed as :

Conclusion : This brief introduction to machine learning should get you started for the next series of articles on the different algorithms.