Kernel methods such as Kernel SVM have some major issues regarding scalability. You might have encountered some issues when trying to apply RBF Kernel SVMs on a large amount of data.

We’ll recall what Kernel methods are, and cover both methods.

For what comes next, you might want to open a Jupyter Notebook and import the following packages :

I. Recall on Kernel Methods

We can define the non-linearly separable SVM framework as follows :

We can rewrite this as a dual problem using a Lagrange formulation :

The binary classifier is :

A symmetric function is a kernel if there exists a mapping function from the instance space to a Hilbert space such that can be written as an inner product in :

The Kernel SVM can be expressed as :

The binary classifier is :

What types of kernels can be used?

First of all, we’ll generate some articifical data :

The classification accuracy improves when we use the Gaussian RBF. However, the training and prediction times are now much longer.

The Gram martix has the following form :

The complexity of the kernel evaluation in the training is .

The complexity of the prediction is . Overall, this becomes infeasible for large .

We’ll now cover the two most common ways to overcome this problem :

If we don’t apply the Kernel SVM, the problem can be expressed the following way :

where is the hingle loss function.

Usually, is unknown and potentially infinite-dimensional, and implies or complexity.

The idea of Randon Kernel Features is to find a finite dimensional feature map such that :

We should be able to solve the primal form to get and , and use the approximated kernel in a binary classification : .

A kernel is said to be shift-invariant if and only if for any and any :

It can be shown (the demonstration is skipped for this article) that :

A usual technique to approximate such problem is random sampling! If we know the distributions of and , by Monte-Carlo principle, we’ll approach the result of the RBF Kernel!

The distributions are the following :

In other words, to speed up the whole training process and get results that tend to be similar to RBF kernel, we pre-process the data and apply a linear SVM on top. It can be shown that this approximation will converge to the RBF Kernel.

Let’s define the random_features function that will return the modified training data according to the pseudo-code above :

As defined above, the default value of is :

Then, modify the input data using the random kernel feature :

We’ll now assess the efficiency of this technique :

The classification is very close to the one achieved by RBF. However, the computation time has been divided by 10 overall.

The essence of the Nyström approximation is to offer an approximation of the Gram matrix involved in the computation by spectral decomposition.

Let be a Gram matrix such that . When gets large, we want to approximate with a lower rank matrix.

Recall that the spectral decomposition is defined as : where :

The best rank-k approximation of is given by where :

We only keep the largest eigenvalues.

However, in our case, this is useless. We need to construct in time and compute its best rank approximation in to depending on the value of .

Our goal is therefore to find a good approximation of in time.

For this reason, we introduce the Nyström approximation : 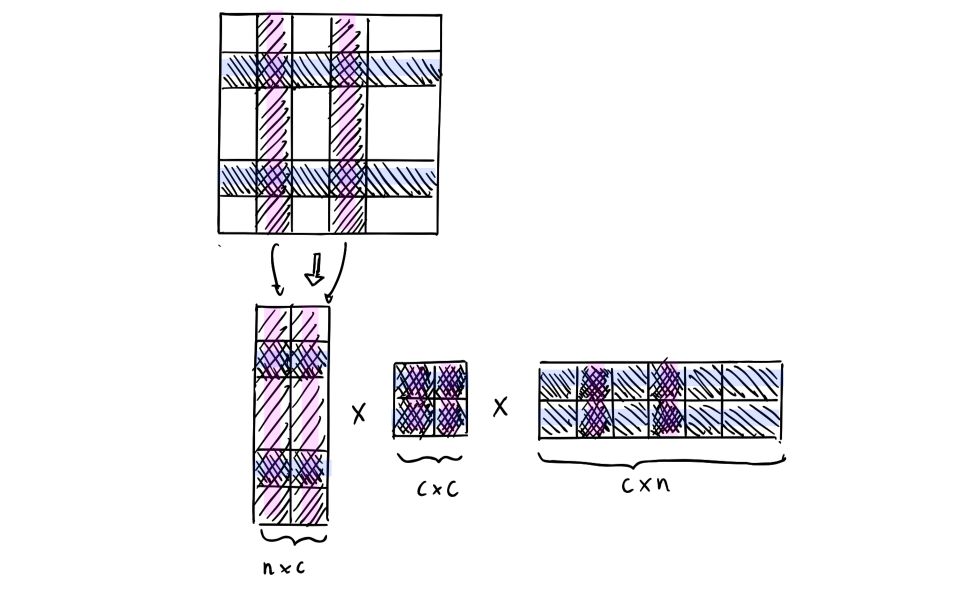 This decomposition might seem a bit weird since we sample the columns and the rows of the Gram matrix. First of all, it can only be applied to Gram matrices, not to any kind of matrix. Suppose that we take a look at a matrix of distances between different cities. Would you need all the distances between all the cities to provide a pretty accurate estimate of the distance between 2 cities? Well, there’s definitely some pieces of information that have a little importance and bring few additional precision. This is exactly what we’re doing here on the Gram matrix.

The complexity is . The convergence of this approximation has also been demonstrated.

Define the function corresponding to the Nyström approximation :

And compute the accuracy :

The results are overall better than Linear SVC and random kernel features, and the computation time is way smaller.

In this section, we’ll compare the performances of the different versions of the classifier in terms of accuracy and computation time :

If we plot the time and the accuracy depending on the number of features included, we obtain : 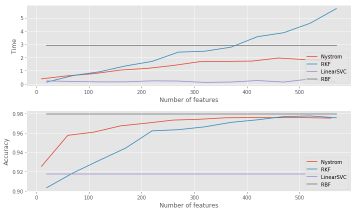 We observe the convergence in terms of the accuracy of random kernel features and Nyström methods. The computation time is also smaller up to a certain number of features.

Conclusion : I hope that that this article on large scale kernel methods was useful to you at some point. Don’t hesitate to drop a comment if you have any question. 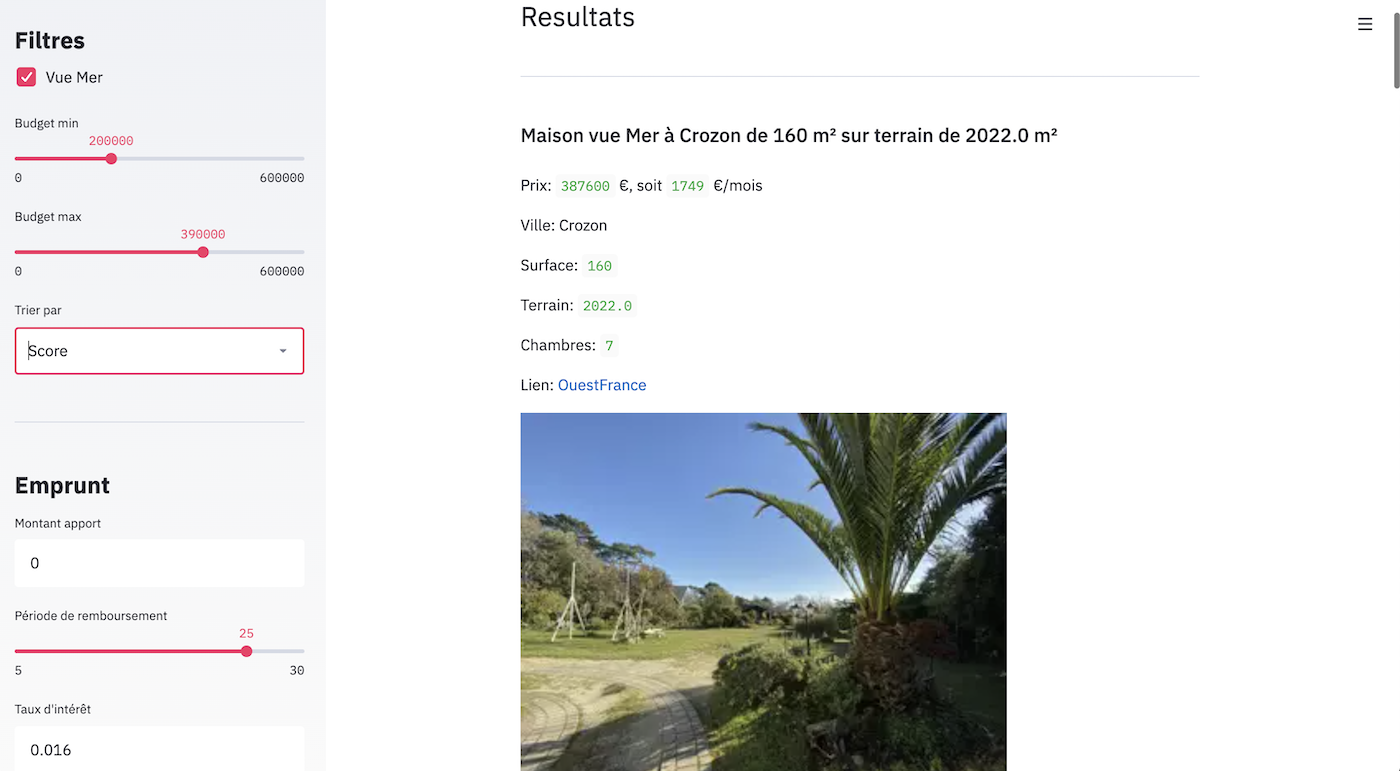 AutoHome, a tool to find your dream house

My girlfriend and I were recently looking for a house to buy. Rather than spending time on each of the real-estate websites individually, I decided to build ...

Submitting a first paper to ArXiv