You might have already heard of graph analysis previously. In this article, we’ll cover the basic graph notions.

For what comes next, open a Jupyter Notebook and import the following packages :

If you have not already installed the networkx package, simply run :

The following articles will be using the latest version 2.x of networkx. NetworkX is a Python package for the creation, manipulation, and study of the structure, dynamics, and functions of complex networks.

What is a Graph?

A graph is a collection of nodes that are interconnected. For example, a very simple graph could be : 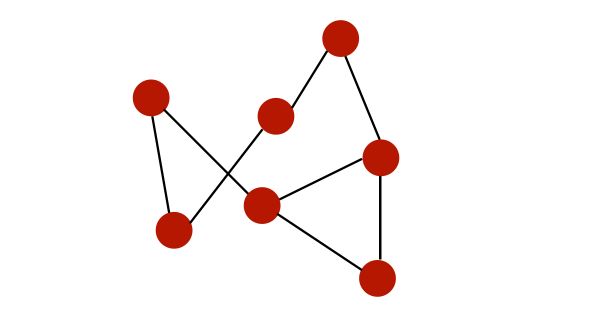 Graphs can be used to represent :

What can we do on a graph?

In our notebook, let’s import our first pre-built graph :

What does this graph represent? “A social network of a karate club was studied by Wayne W. Zachary for a period of three years from 1970 to 1972. The network captures 34 members of a karate club, documenting links between pairs of members who interacted outside the club. During the study, a conflict arose between the administrator “John A” and instructor “Mr. Hi” (pseudonyms), which led to the split of the club into two. Half of the members formed a new club around Mr. Hi; members from the other part found a new instructor or gave up karate. Based on collected data Zachary correctly assigned all but one member of the club to the groups they joined after the split.” 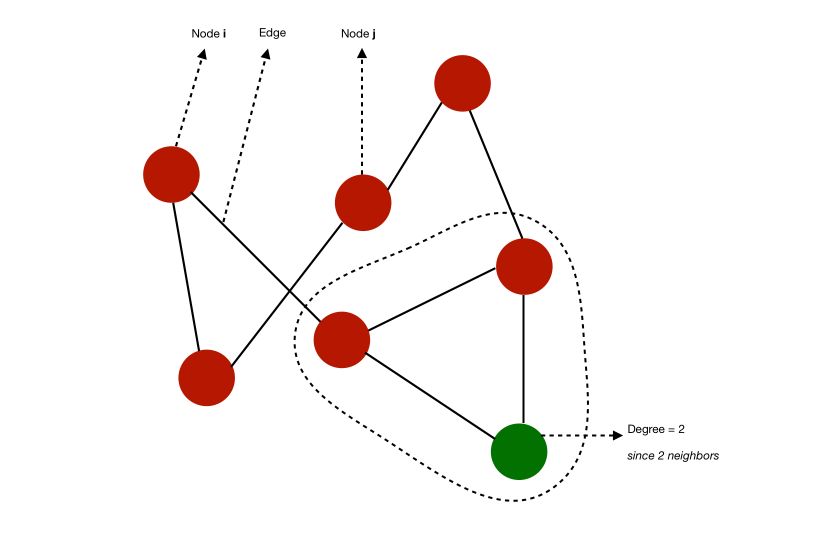 For example, in this case, we can compute some of the shortest paths to link any two nodes. The diameter would typically be 3 since the is no pair of nodes such that the shortest way to link them is longer than 3. 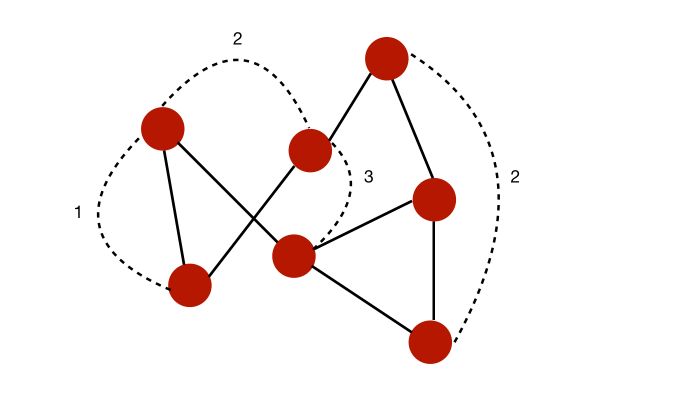 For example, here is a graph with 2 different connected components : 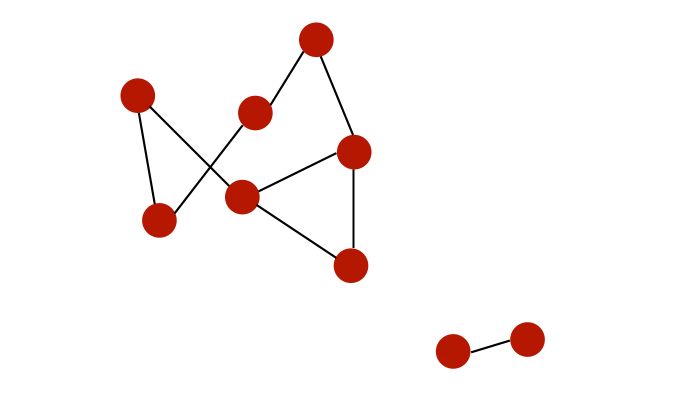 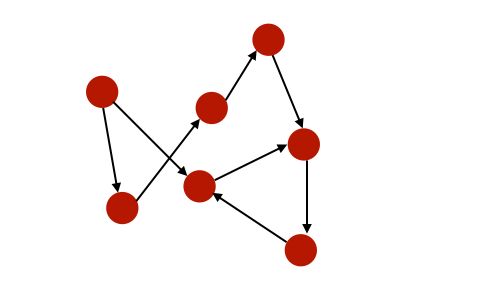 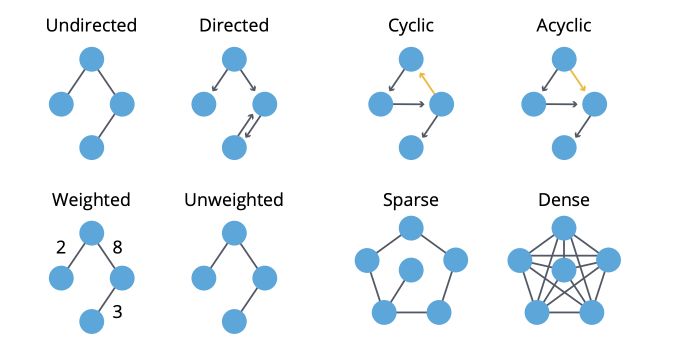 Let’s now see how to retrieve this information from a graph in Python :

The attribute .degree() returns the list of the number of degrees (neighbors) for each node of the graph :

Then, isolate the values of the degrees :

Compute the number of edges, but also metrics on the degree sequence :

Finally, print all this information :

On average, each person in the graph is connected to 4.6 persons.

We can also plot the histogram of the degrees : 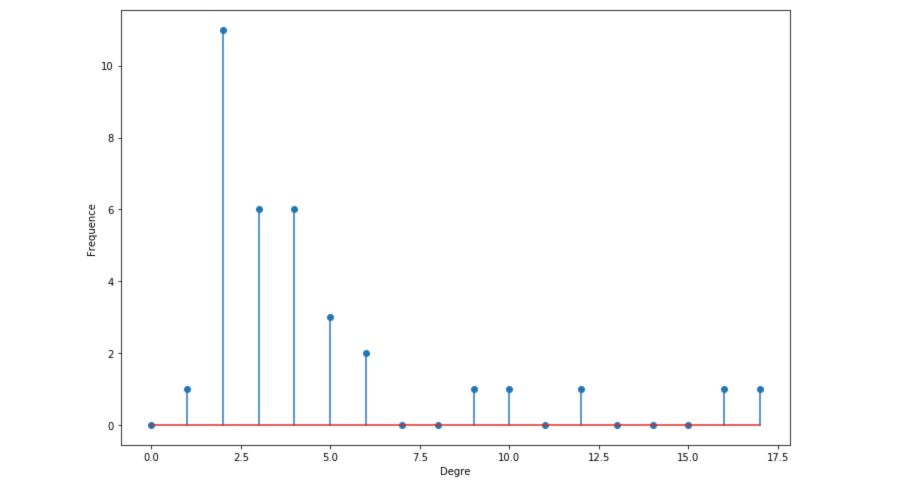 We will, later on, see that the histograms of degrees are quite important to determine the kind of graph we are looking at.

How are graphs stored?

You might now wonder how we can store complex graph structures?

There are 3 ways to store graphs, depending on the usage we want to make of it :

We store the ID of each pair of nodes linked by an edge.

For each possible pair in the graph, set it to 1 if the 2 nodes are linked by an edge. \(A\) is symmetric if the graph is undirected.

The best representation will depend on the usage and available memory. Graphs can usually be stored as .txt files.

In the next article, we’ll explore the graph analysis basics!

Conclusion : I hope that this article introduced clearly the basis of graphs and that it does now seem clear to you. Don’t hesitate to drop a comment if you have any question.