The interest in AutoML is rising over time. This graph shows the trends in Google for the AutoML search term.

But what is AutoML ? How does it work? And mainly, how can you implement an AutoML in Python?

AutoML is a framework whose role is to optimize the machine learning workflow, which includes automatic training and tuning of many models within a user-specified time-limit.

The idea is to fasten the work of the Data Scientist when it comes to model selection and parameter tuning. On the other hand, the user simply inputs the training data, eventually some validation data, and a time limit.

AutoML will automatically try several models, choose the best performing models, tune the parameters of the leader models, try to stack them…

AutoML outputs a leaderboard of algorithms, and you can select the best performing algorithm given several criteria that are measured (MSE, RMSE, log loss, Auc…).

Why and when should you use AutoML?

Building models and tuning the hyperparameters is a long process for any data scientist. The search space for the optimal parameters is enormous, and this is only for 1 chosen model.

AutoML can be highly parallelized, so bear in mind that a couple of GPUs will help.

AutoML can be used to :

Once a model and a set of parameters have been identified, you have 2 options :

How does AutoML work?

AutoML does not use a GIANT double for-loop to test every model and every parameter. It’s much smarter than that. It uses Reinforcement Learning.

A controller neural net can propose a “child” model architecture, which can then be trained and evaluated for quality on a particular task. That feedback is then used to inform the controller how to improve its proposals for the next round.

To make the controller a little more complex, it uses anchor points, and set-selection attention to form skip connections.

At that point, you might think that AutoML frameworks are extremely long to run. In AutoML, each gradient update to the controller parameters θ corresponds to training one child network to convergence.

Several companies are currently AutoML pipelines. Among them, Google and h2o. In this example, we’ll use h2o’s solution. I suggest you run this in Google Colab using GPU’s, but you can also run it locally.

Start by importing the necessary packages :

We’ll use the Credit Card Fraud detection, a famous Kaggle dataset that can be found here.

The dataset contains transactions made by credit cards in September 2013 by European cardholders. This dataset presents transactions that occurred in two days, where we have 492 frauds out of 284,807 transactions. The dataset is highly unbalanced, the positive class (frauds) account for 0.172% of all transactions.

If you explore the data, you’ll notice that only 0.17% of the transactions are fraudulent. We’ll use the F1-Score metric, a harmonic mean between the precision and the recall.

To understand the nature of the fraudulant transactions, simply plot the following graph : 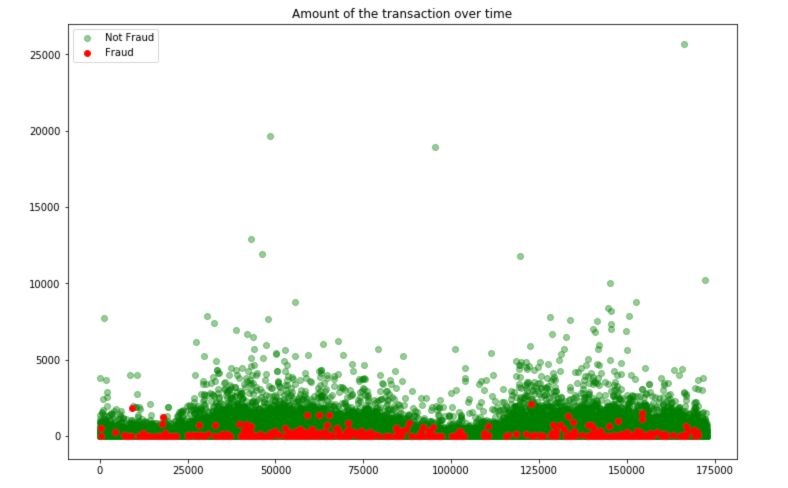 Fraudulent transactions have a limited amount. We can guess that these transactions must remain “unseen” and not attracting too much attention.

The, initialize the h2o session :

If you’re running this locally, you should see something like this : 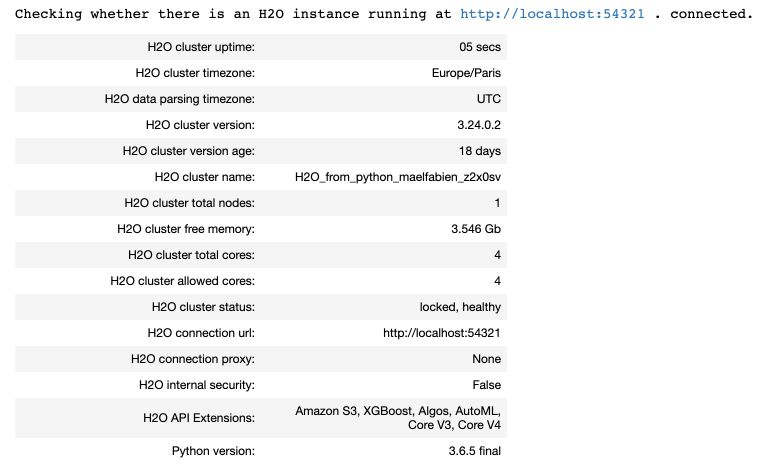 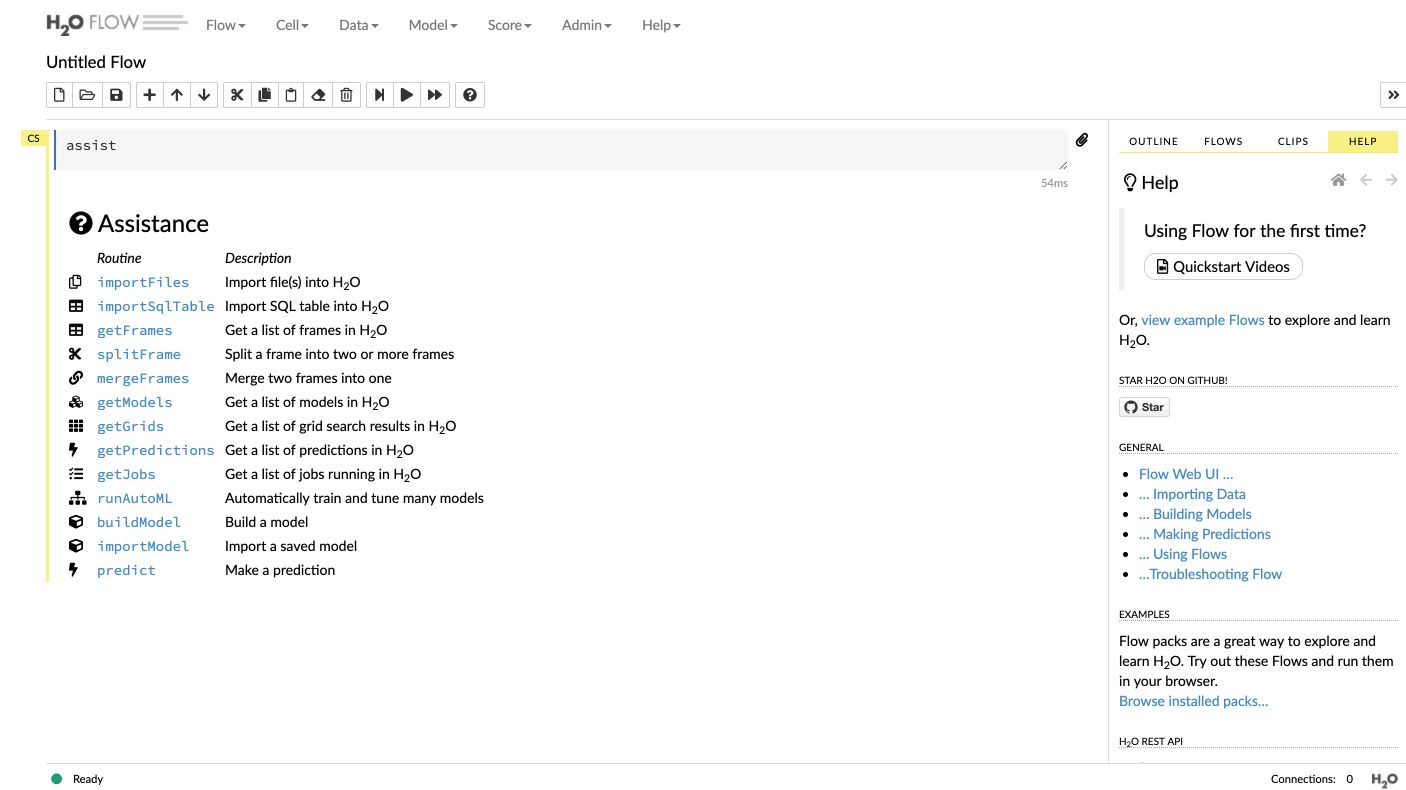 I’ll further explore Flow in another article, but Flow aims to do the same thing with a visual interface. In h2o, you need to import the dataset as an h2o object, and use built-in functions to split the data frame :

We then define a list of the columns we’ll use as predictors :

As you might have guessed, we’re facing a binary classification problem here. The default case is regression in AutoML. To “cast” a column type to integer, use this :

We are now ready to define the model and train it. We specify the maximal number of models to test, and the overall maximal runtime in seconds.

By default, the maximal runtime is 1 hour. Your model will be training for 21’000 seconds now (I left it to train overnight). Now, let’s display all the models that have been tested and their performance :

The leaderboard is established using Cross Validation, which more or less guarantees that the top performing models are indeed consistently performing well.

To display only the best model, use print(aml.leader).

We can now make a prediction using the leader model, simply using:

We can then save the best model :

Once your work is over, shut down the session :

In this simple example, h2o outperformed the tuning I manually did.

Conclusion : I hope this article on AutoML was interesting. It’s a really hot topic, and I do expect large improvements to be made over the next years in this field.