Python was developped by Guido van Rossum in the Netherlands at the end of the 80s. It lead to the creation of the Python Software fundation in 2001. In 2008, Python 3.x was introduced. It is now since 2020 the only supported version.

Python became really popular since it’s easy to learn, easy to install, has lots of open source packages. It can be used to prototype easily. However, Python does not scale really well on large tasks and large volumes of data. We usually prefer to use Scala or C++ in such cases.

How to program in Python?

There are again many options to program in Python. It will depend on what you expect and what you are used to:

My personal pick for my projects:

In groups, working with PyCharm works well since it includes a good debugging feature.

To start Jupyter Notebook, go to your terminal, in the folder you’d like to create the notebook in and run:

A page similar to this one (but with different files inside) should open. 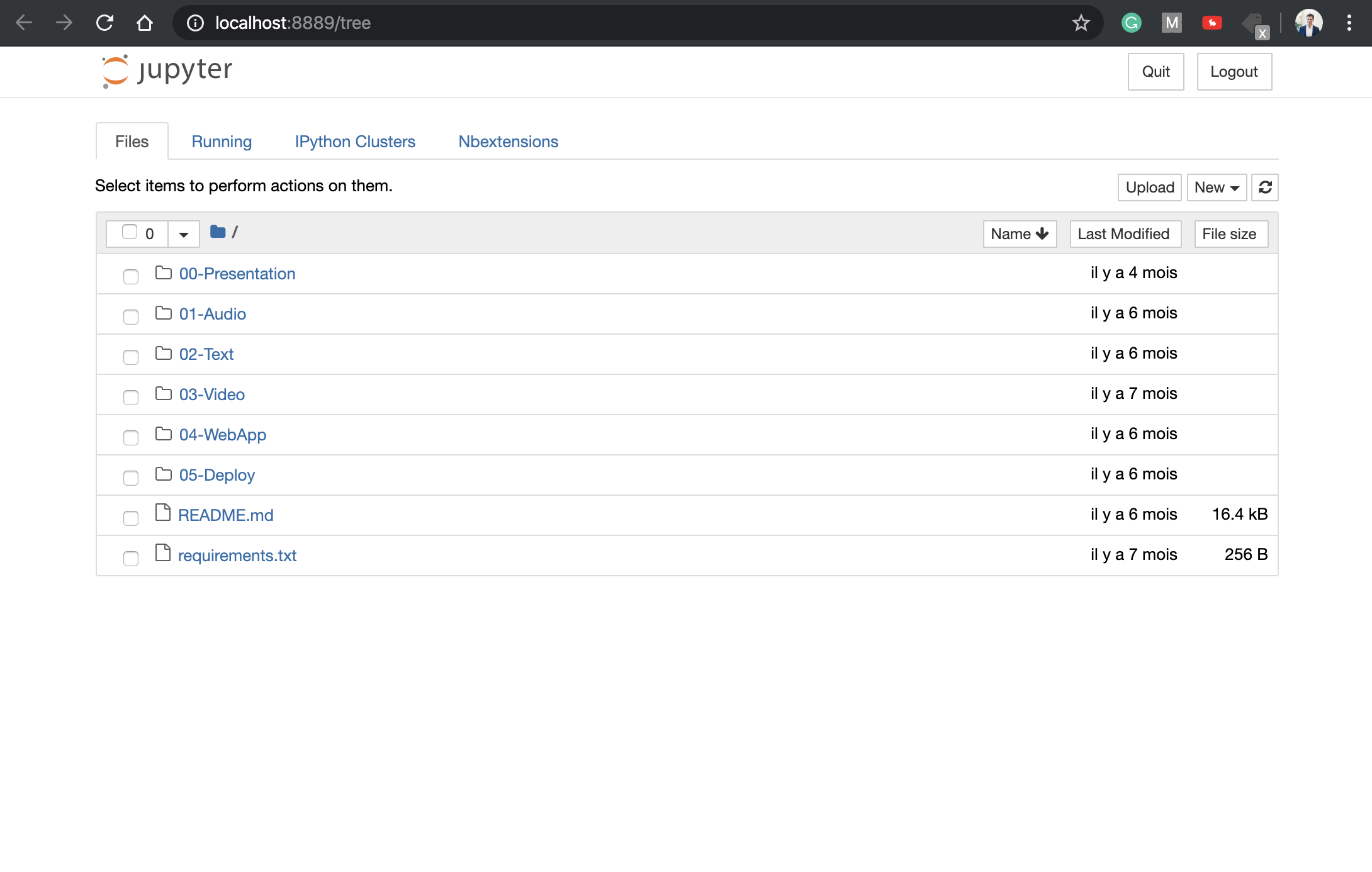 It is simply a graphical display of the current content of your folder. We will create a Jupyter notebook by clicking on “New > Python 3”. 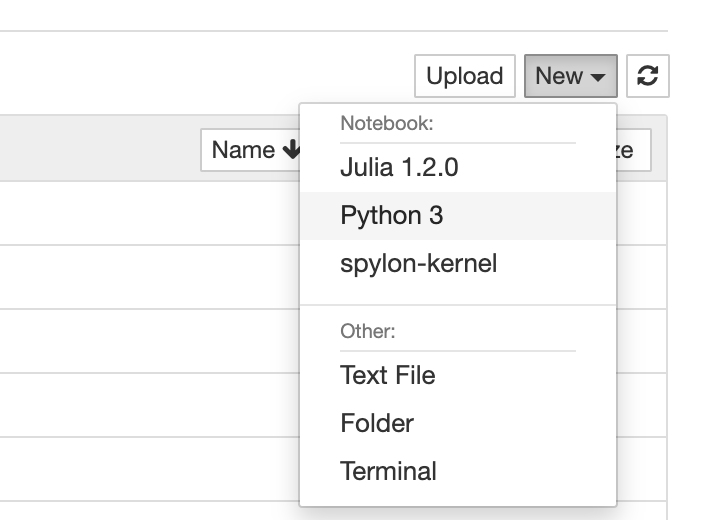 Don’t worry if you don’t have exactly the same tabs as me, I have some extra installs for the moment. This will create a Python kernel, a small instance of Python, running in your browser, that uses the computing power of your machine. You should now see:

You can give your notebook a name, as add cells in the notebook. Cells can be 2 types:

To write a title, select the cell by clicking on it, and select “Markdown” is the “Code” dropdown menu.

You can now type the title of the notebook in the cell. If you don’t know much about Markdown, it’s a hybrid between .txt files and HTML. It lets you type HTML code with shortcuts and regular text. For example, to put a title in bold as a <h1> title in HTML, simply type: 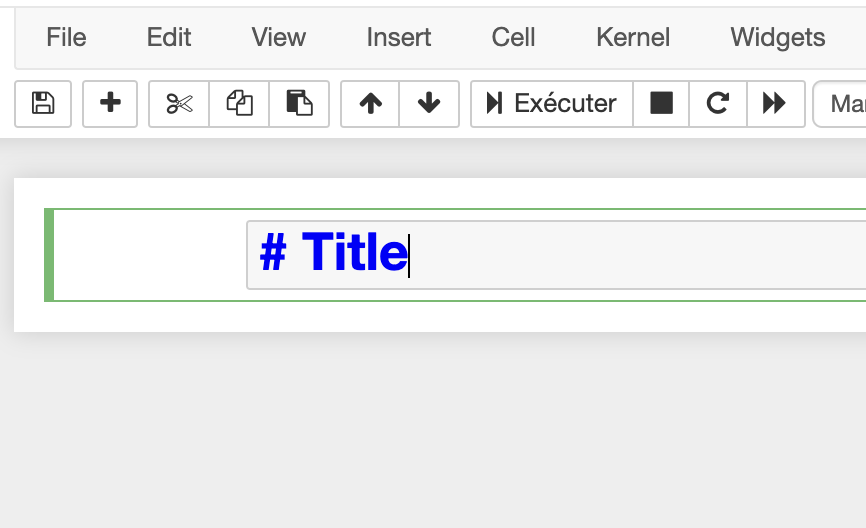 If you execute the cell (“Execute” button, or Ctrl + Enter), you’ll see the title: 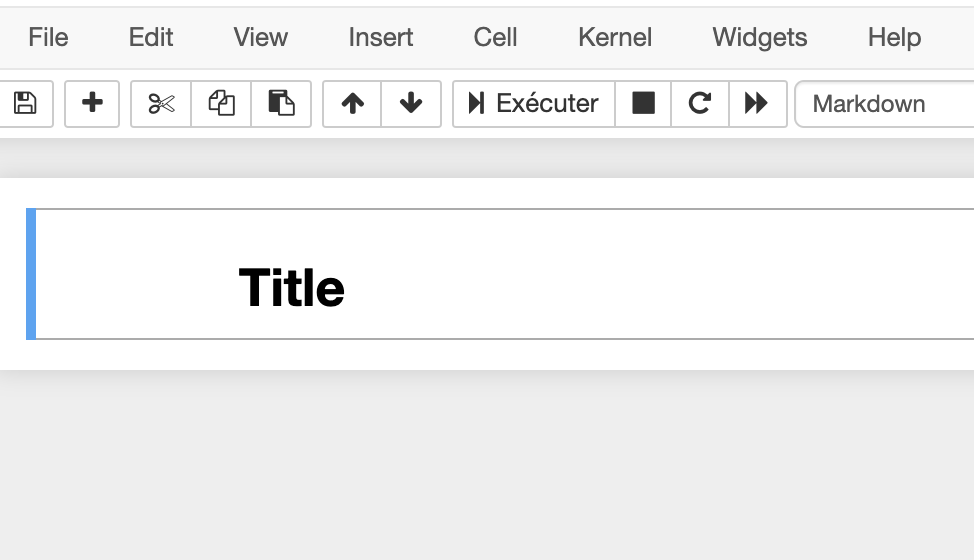 To add another cell, click on “Insert > Cell below”, or simply on the keyboard “b”. We will now add content with regular text, text in italic, bold, italic and bold, and lists:

This is all you need to know for the moment on Jupyter Notebooks. We will dive deeper into Python programming in the next articles.

If you found the article useful or see ways in which it could be improved, please leave a comment :)