The GDELT Project monitors the world’s broadcast, print, and web news from nearly every corner of every country in over 100 languages and identifies the people, locations, organizations, themes, sources, emotions, counts, quotes, images and events driving our global society every second of every day, creating a free open platform for computing on the entire world. With new files uploaded every 15 minutes, GDELT databases contain more than 700 Gb of zipped data for the single year 2018.

In this series of articles, I am going to present you a recent school project we worked on: Building a resilient architecture for storing a large amount of data from the GDELT project, and building fast responding queries.

The GitHub of this project can be found here : https://github.com/maelfabien/Cassandra-GDELT-Queries

The following links describe the data in the GDELT table :

The tables are the following : 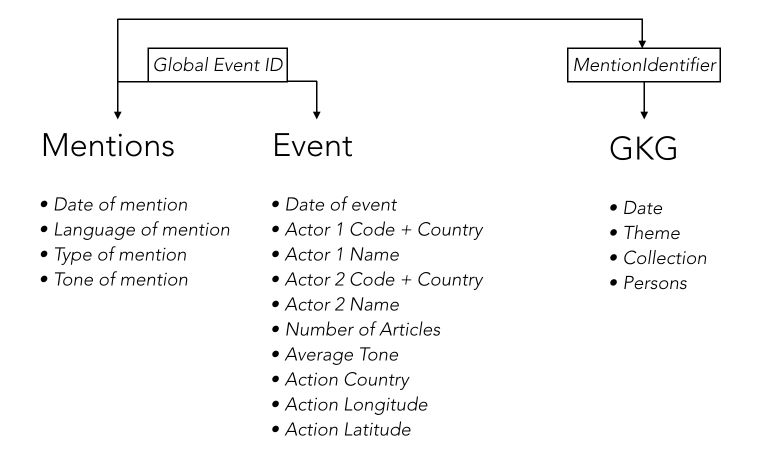 An event is defined as an action that an actor (Actor1) takes on another actor (Actor2). Mention is an article or any source that talks about an event. The GKG database reflects the events that took place in the world, ordered by theme, type of event and location.

The conceptual model of the data is the following :

The architecture we have chosen is the following : 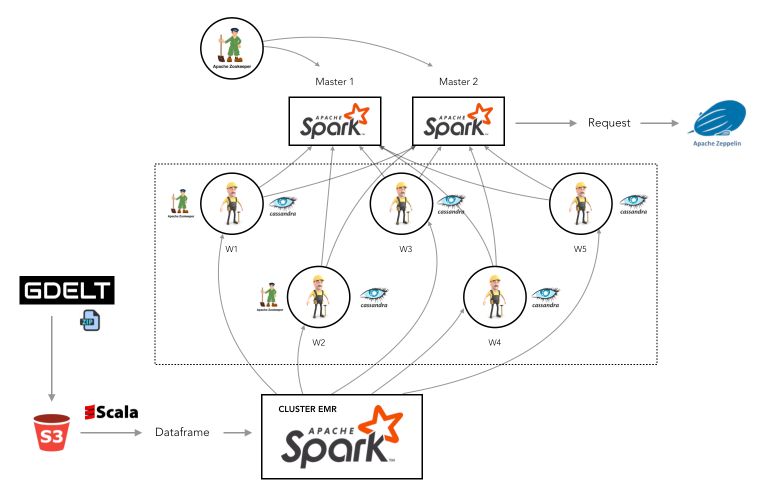 The last one is a node created for the resilience of the Master. We Installed zookeeper in it. The architecture will be further described in a future article.

The data is stored as a set of zipped CSV Files. The overall size for the year 2018 reaches 700 Gb. To process such a huge amount of data, the approach we chose is the following :

The next articles aim at describing how to build a resilient database architecture that would allow simple and fast queries on a large amount of data.