MapReduce is a programming paradigm that allows processing a large amount of data by initially splitting the data into blocks, sending the blocks to different clusters to perform operations, and aggregating the results.

Let’s consider a simple WordCount exercise here. From an input text, we will count how many times each word appears, and rank the final list by occurrence. MapReduce is of course not needed for such task, and a simple Python script on your computer would be fine. But what if your input text is a whole book? Thousands of books? Millions of books? …

What we’ll describe here scales easily to a large amount of data.

In the first step, we consider a set of machines which together form a cluster. We need to define which machine/node will become a Master, and which ones will become Workers.

The role of the Master is to :

The input data is split into blocks of 64Mb. A 1Ko text file might use a whole 64Mb data node inside a cluster, so it is preferable to have rather big files. Optimization tools are provided by Hadoop. 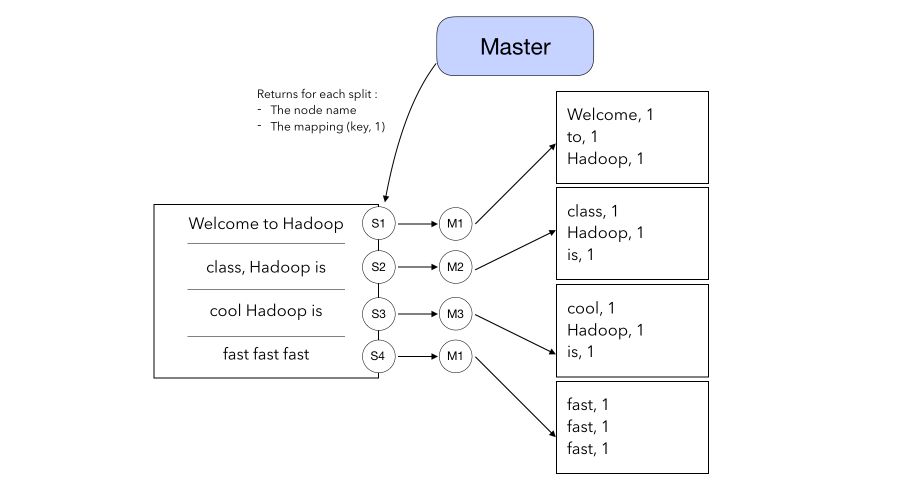 In the Map, the Master returns for each split : 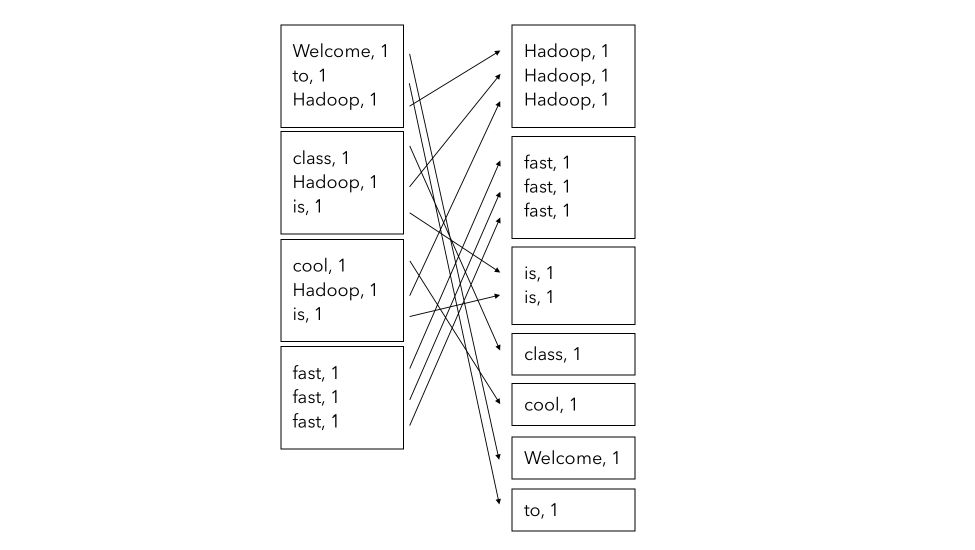 In the Shuffle step, the Map-Reduce algorithm groups the words by similarity (group a dictionary by key). It is called Shuffle because the initial splits are no longer used. 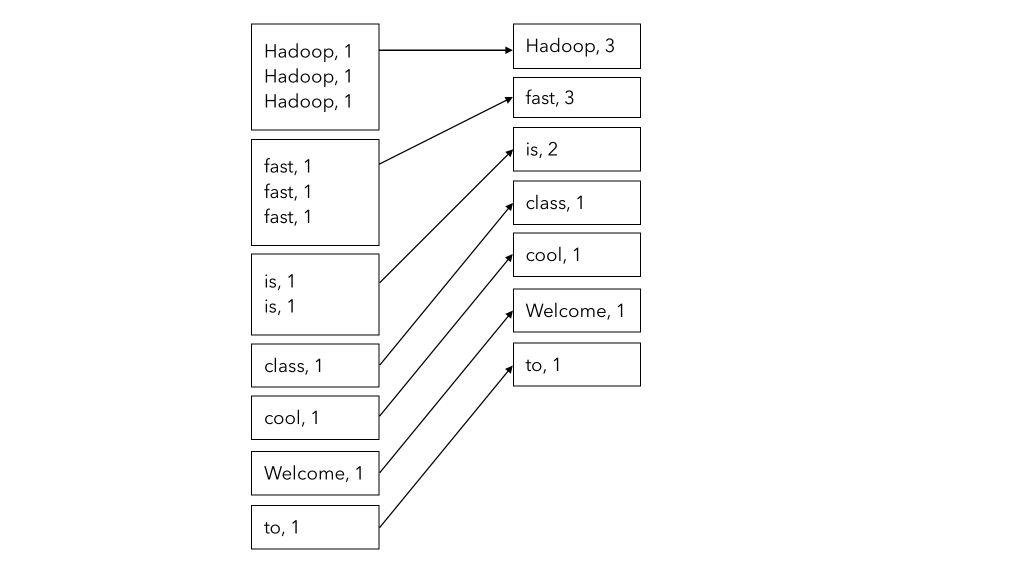 In the Reduce step, we simply compute the sum of all values for a given key. This is simply the sum of all the 1’s of the key. Remember that this step is still parallelized, so the Master still handles how the different key-value attributes are stored and computed across the different machines.

The last step is to sort by (first) value, then by key, and return the final list as a .txt file.

As we discussed above, Hadoop MapReduce can handle the failure of a node. When does failure occur?

How do we handle failure?

As a recap, there are 3 types of nodes on a Hadoop Cluster :

We presented a toy example using WordCount. We could also try to build Map, Combine and Reduce functions for other tasks :

We make the assumption that there is a limited number of different numbers :